In 1969, Indira Gandhi nationalised the banks. one of the agenda may be to tackle unemployment by directional lendings. From that time, until today, in one form or the other same is continuing. As of today, 1 job can be created by 50000 to 300000 capital investment.
Few pointers I would like to bring out:

1. All these years, a lot of entrepreneurs are created but there are failures in ventures. This has created a lot of social disorders like entrepreneur's kids are not ready to join the venture as succession.
At some stage in their life, children ask "What did you do for me" and they desert parents.
For the last 30 to 40 years, I am trying to inform academia and scholars to study the impact of failed entrepreneurs and its social effect.

3. The article by your team is indicating faith in small entrepreneurs like microfinance but why all NBFC/Fintech in this space, a fund for sick MSME. All NPA in MSME may not be making of entrepreneurs. It can be other stakeholders like Banks, Govt market.
Example, because of the plastic ban in many states, a lot of these units are going to close. One estimate says app 7.5lacs jobs are stake. Can any alternative be thought?
From 2011-2013/14, in Andhra, severe power cut was there. Only 3 to 4 days in a week, power was available which has forced many at least 40% of MSME to became weak/sick and lakhs of jobs are lost.

5. I also feel, because of NPA many entrepreneurs have started milking banking system or played with all stakeholders.
If they make more profit, they would like to suppress and create black money and if they make a loss, they inflate and hope to recover.
Their CA'S are to be blamed.

6. During 3 to 5 years journey, all entrepreneurs shall understand their own balance sheet(original or fudged) and derive corrective steps. This will increase their operating profit and thus repaying capacity.

These are few points to be considered by all stakeholders in this area.
Regards,
N.P. Desai

News Letter
12 Point Agenda for MSME
Date:11/11/2018
Sri Modi announced new MSME policy on 2nd NOV
One Point which attracted my attention is an effort to create deep bill discounting culture which is a need of the hour.
As the requirement any corporate above 500cr do not register on Tradex, bill discounting platform, what happens to MSME?
From Independence we have gone on the penalty based system, can we change to the incentive-based system so that the real impact to all MSME can come.
Let policymakers think and work out ways for it.
Regards,
N.P. Desai
at November 11, 2018 No comments:

It was good to hear 12 points Diwali Bananza announced by Sri Narendra Modi.
The policy makers seating in A/C cabins and Chairman of Banks on whom the Prime Minister depend to give this Diwali Bananza. Let the Chairman or Executive director of Banks directly interact with their Own Small customers and Understand.
Sri Modi said that 6.3cr MSME is giving employment to 11cr people which means app 44cr lives and the top of the system, Sri Narendra Modi is seating, there are a lot of filters and he is not getting any ground level pictures.
Every Minister in both Central & States bureaucrats at both Centre and States, various Commissioner in Industry departments are only giving lip sympathy to these new entrepreneurs.
Let us see the problem from 10 to 20 years perspective. We are creating Social disorder by the children of these entrepreneurs. They do not want to join this and they blame "What did you do for me?" when they have grown up and they desert the parents.
The suicide of farmers get coverage in media but suicide by these entrepreneurs are not reported anywhere. So these MSME's are only left to their fates?
Korea and other developing countries had at one time 80% NPA in MSME and they trusted these entrepreneurs for their contribution and given chance for coming back in their lives.
With IBC, all big cases are getting the attention of Chairman and ED and General managers but MSME's are the pursued legal course of recovery.
Whether Country gets any economic output or social output?
Let Sri Modi think and correct this as a statesman or as Politician.

When the government granted an emergency line of credit only 32000crore are sanctioned indicates possibilities. 1) Banks are asking many... 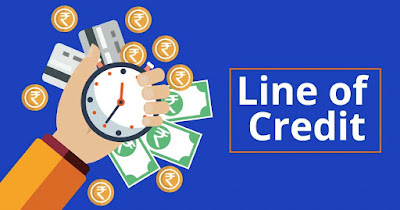